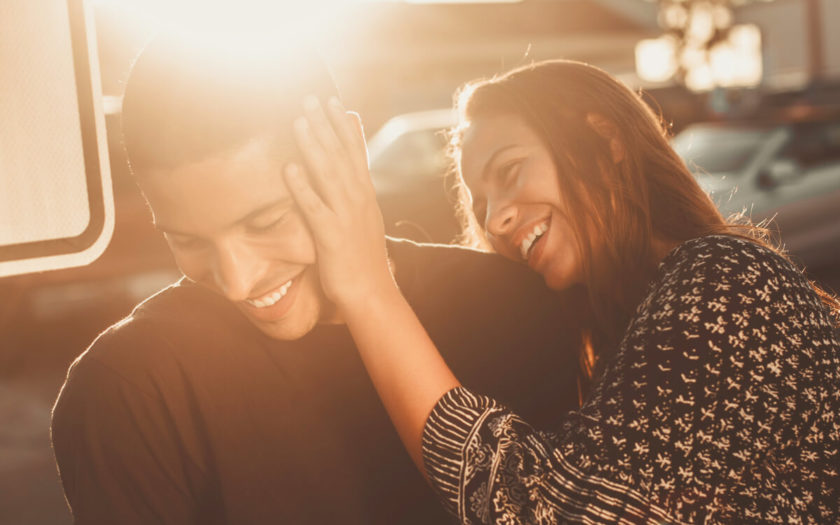 We all know it. A relationship is the most beautiful thing in the world, especially in the beginning. We are so in love, the butterflies in our stomachs are going crazy and we would travel to the end of the world to get what our partner needs right now. We would do anything! This is the time of being in love. The honey moon phase. The time with the rose-colored glasses. You know the sayings. But why do we prophesy at the beginning that it will not always be like this? Why does our environment already now paint the devil on our wall?

Sure! Let's be realistic. Life is up and down. We all go through crises at some point, whether it's career, finances, personal health, relationships. It's as normal as the heart rhythm, which is an up and down. This rhythm teaches us: A straight line without ups and downs means that we are dead.

Content
Up & Down / Danger & Opportunity
The DVVV model
Direct criticism
Defence
detestation
Avoidance
So what to do? How can you leave these phases?

Up & Down / Danger & Opportunity

The former President of the United States, Richard M. Nixon, once said:

"Among other things, a crisis represents an opportunity to grow further in wisdom. If you face every crisis with this attitude, you will see the opportunity in every situation and take advantage of it. This attitude creates the mental state that you continue to grow."

Nixon must have been an expert in recognizing threats, but also opportunities. And he possessed both wisdom and mental strength.

Everyone has problems, especially in relationships, which can then cause enormous stress on body and mind. Sometimes this... Stress that we make rash decisions and that can have devastating consequences for a relationship. Therefore, in the following, I present a model that Conflicts in a partnership to understand better at first.

Because when you understand what is happening, you can change your perspective and do something about it. You break out of the vicious circle, as it were, because the following conflict model is actually a vicious circle unless you actively decide to put an end to it all.

Let's take a look at this model with an example couple (Sandra & Peter):

Direct means that often it is not the behaviour of a person that is criticised, but the person himself. For example, Sandra says to Peter, "You're late!" With "You are..." she attacks Peter in person. Actually, Sandra is annoyed about the delay because she had prepared a meal in which she had put a lot of time and preparation. Unfortunately it got cold then, because Peter came home later.

What happens: Sandra is pissed off! But not at Peter. Because she loves Peter. She's pissed off at his behavior - she's upset about being late. But instead of bringing it up, she goes after Peter. Of course she does. Because at that moment, Peter represents the lateness. And what happens? Sandra is so angry that she... generalized"You're ALWAYS late!" If you pause for a moment and think logically, you can see that Peter is not always late. Maybe often, but not always! But of course Peter doesn't put up with that! He defends himself!

Partly already automatically defended Peter after this accusation! By saying that he is not to blame, but that his friend Joe has stopped him to tell him about his neighbour's fight. Peter actually wanted to leave and is really not interested in the quarrel of other people he doesn't even know. So Peter tries to explain and justify himself, but Sandra isn't interested.

Then he gets fed up and yells at Sandra: "We are ALWAYS late when we are invited to our friends' house because YOU always take so long to get ready! Peter counters with direct criticism. But watch out. If Peter defends himself, there is still hope, because this is a relationship crisis in the early stages.

When it comes to the third stage, the abhorrence, then slowly but surely you should really do something. Because there it is no longer an external battle, but an internal one. You see the loathing and the Distance from each other is no longer clear. Like a virus that lies dormant in the relationship undetected and slowly spreads. And that is why it is important here to be attentive and to perceive the signs (symptoms).

What can happen, for example, is that Peter comes home late again. Sandra starts to get upset about it, and Peter doesn't care. The only thing you can see on closer inspection is a short roll of the eyes and a distorted expression. And this phase is often closely followed by the distancing or even the...

Because shortly after rolling his eyes and ignoring it, Peter likes to leave the room. He doesn't talk anymore and he is not interested in anything Sandra says. No matter if it is a story about her day or direct criticism of Peter. In this case Peter has already completely walled and Sandra can't reach him anymore. Of course, that could just as well happen the other way around. However, because women are endowed with a very emotional energy, the man is often very quickly overwhelmed and therefore closes himself off more than the woman.

So what to do? How can you leave these phases?

Well, for now, it's good to know these phases. Because that way you can recognize them faster and that is the first step out of this pattern. Now you have to give your partner what he obviously does not have at this moment.

Some need is just not being met. Attention, physical closeness, Sexualitytime together in general, gratitude. No matter what it is, if you recognize yourself in the DVVV model, then you have the task to love your partner in a way that he/she will get it.

So find out how it's getting there. Ask the question that few people ask in their relationship: "What has to happen to make you feel loved?"

A question that focuses on your partner and gives him/her the opportunity to spread out in the space he/she knows and feels comfortable in.

Because a place where you feel comfortable and loved does not leave room for stress.

This article is a guest contribution from Stefan C Miller 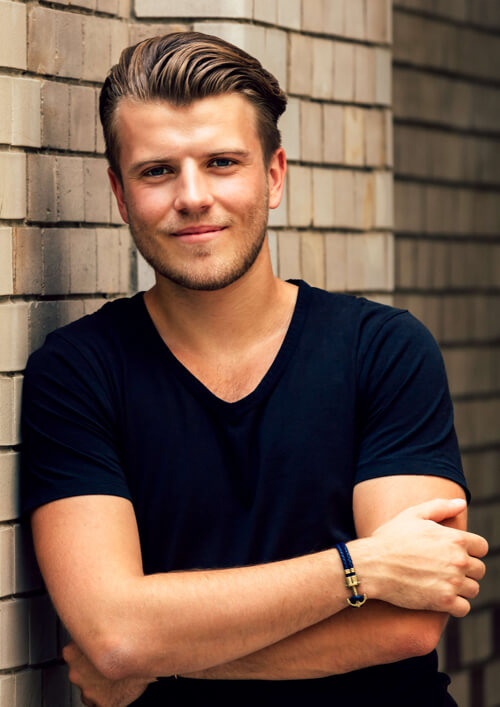 I am a relationship and emotion coach and speaker with a focus on relationships. Especially long distance relationships. In my opinion it is possible to transform any relationship if you understand how to really love. The fact is that I have been dealing with personality development and the psychology of human beings for several years. The reason for this are the numerous conflicts I have had to experience for almost 8 years in my parents' marriage. Therefore an inner urge has developed in me to pass on this knowledge and to help other people to save or even transform their relationship.

The reason why I do this is very simple: If I succeed in getting others to save or even transform their relationship through my tips and strategies, then for me this is the highest form of recognition. So please write me a message Instagram or Facebook and we'll take your relationship to the next level. 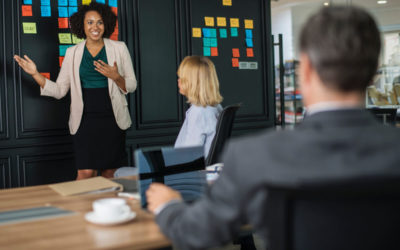 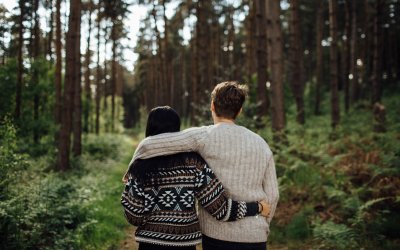 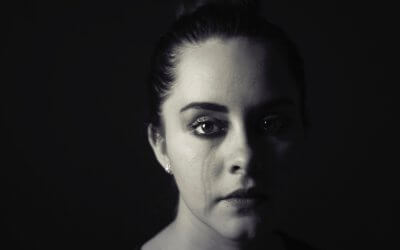 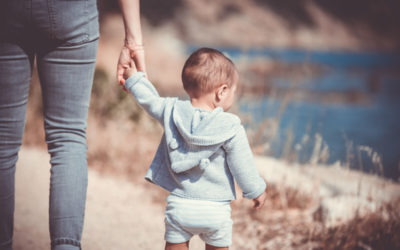 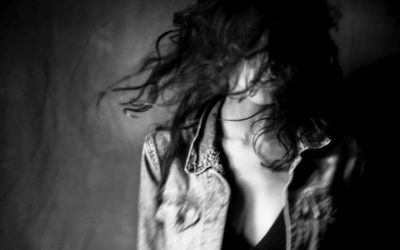 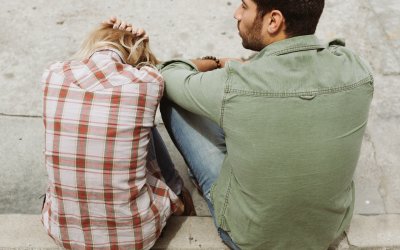 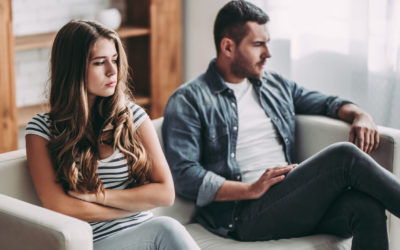 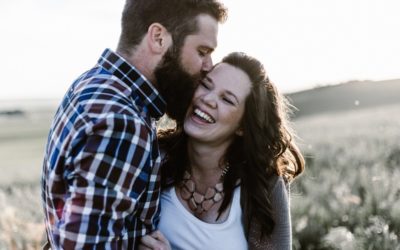